The Advance/Decline Line from Worden, T2100, represents a great improvement over the common one. T2100 is calculated only from NYSE common stocks and based off of percentages.  It is calculated from the percentage of advancing stocks minus the percentage of declining stocks, rather than using raw numbers. For example, if 55% of stocks on the NYSE were up today and 30% of stocks on the NYSE were down, the net change today would be 25 (55% - 30%). 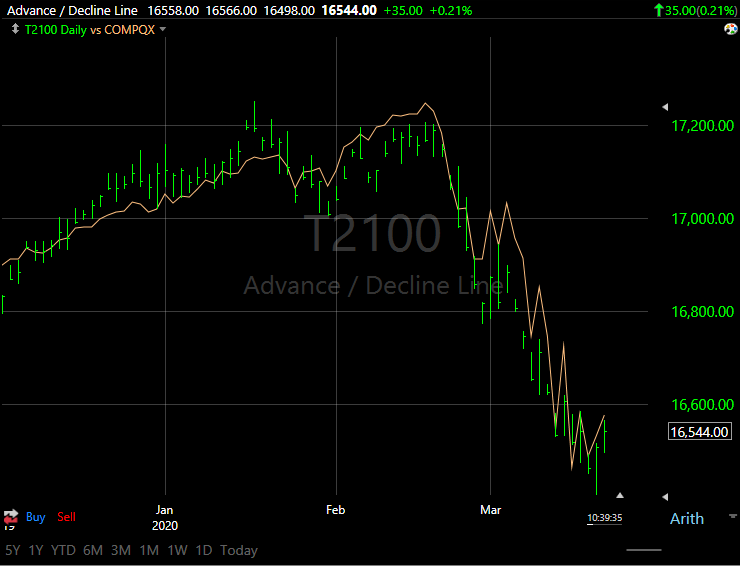 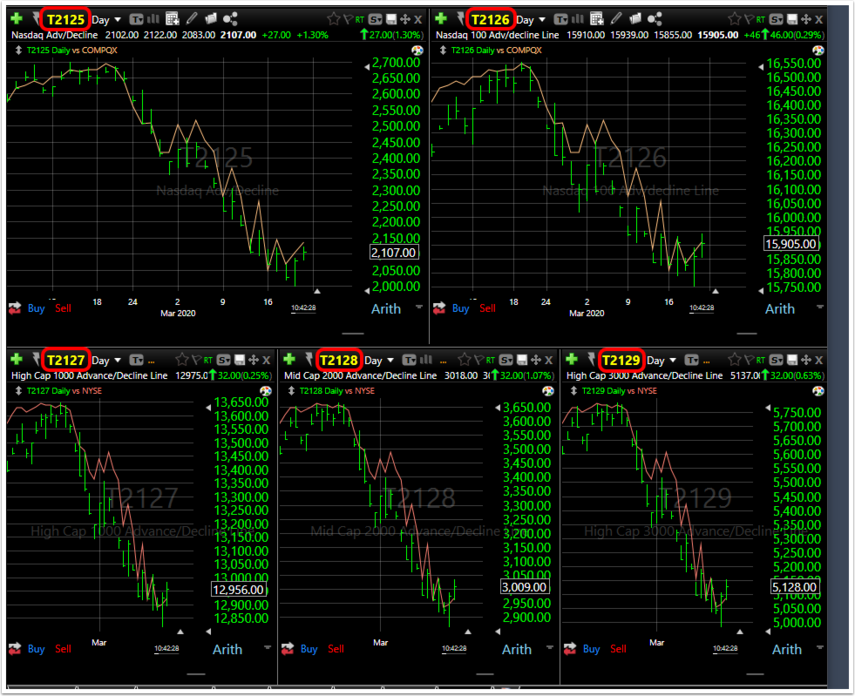