RSI is a momentum oscillator that compares the magnitude of a stock's recent gains to the magnitude of its recent losses and turns that information into a number that ranges from zero to one hundred. RSI is an overbought-oversold indicator. Stocks with high RSI values can be interpreted as having overbought positions; stocks with low RSI values can be interpreted as having oversold positions.

The Relative Strength Index (RSI) was created by J. Welles Wilder. It was first introduced in Commodities (now Futures) magazine in June, 1978.

How are RSI and Wilder's RSI different?

In RSI, RS uses a simple average of the up and down closes. In Wilder's RSI, RS uses Wilder's smoothing which is a different form of exponential averaging. 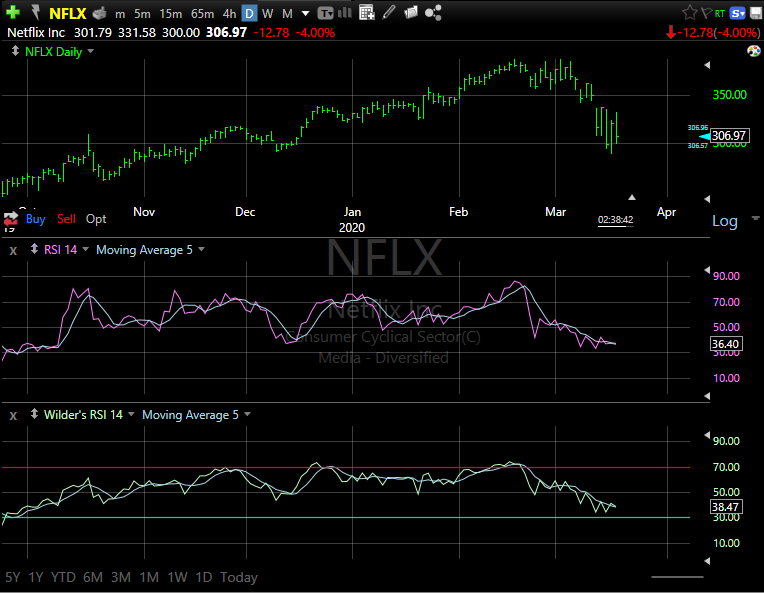 Read more about RSI and WIlder's RSI at Investopedia.