Elder Ray Index measures the amount of buying and selling pressure in the market. This indicator consists of two separate indicators known as "bull power" and "bear power". These figures allow a trader to determine the position of the price relative to a specified Exponential Moving Average.

The higher the value of Bull Power, the stronger the bulls are.  Falling Bull Power shows the bulls getting weaker and it can even go negative when the bulls are very weak.

Bear Power values are typically negative and the lower the value the stronger the bears are.  If the Bear Power goes positive, that indicates that the bears are completely in control.

On the NFLX chart below, you can see how strong Bull Power was during the runup from late January to late February which also pulled the Bear Power above the zero line. You can see a reversal of the two indicators in mid-March when NFLX price dropped. 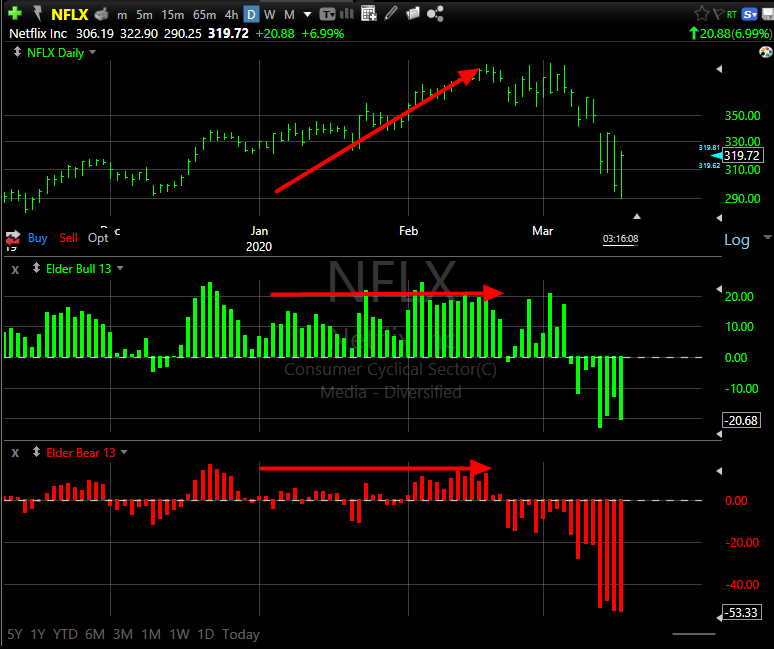 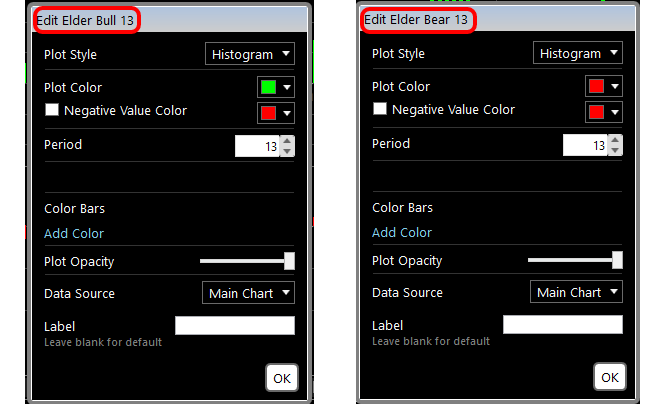