Bollinger Bandwidth provides a relative measure of the width of Bollinger Bands®.  Its most popular use is to identify "The Squeeze", but is also useful in identifying trend changes. 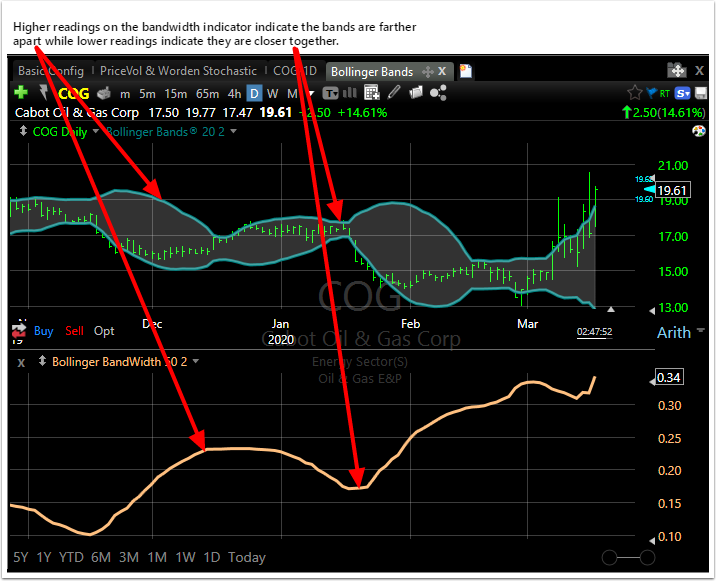 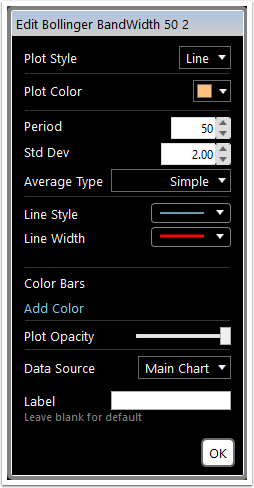 Bollinger Bands® are the registered trademark of John Bollinger, who developed them.